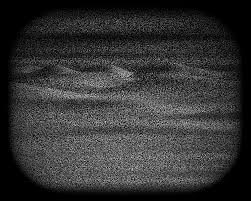 Oops Wrong Planet shows an attractive, rolling landscape from a different planet. An attempt is made to establish contact. Long-distance communication is possible, albeit with some interference on the line. Clear contact appears impossible, though. The static appears like a veil that clouds the picture. The soundtrack of Scanner reinforces the static between distance and vicinity even further. There’s the temptation to look behind the picture, so as to bypass the interference and get to a clear picture. Oops Wrong Planet permanently switches between what seems possible and impossible in terms of contact. It’s a grope in the dark, in search of the place where real contact can be possible, beyond time and space.

The work consists of a video and a publication.