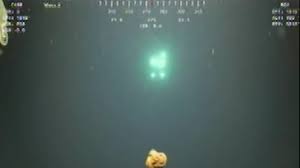 Some part of us is the lament of a lone robot who’s witness to a man-made disaster. Compiled from internet streams that were captured during the Deepwater Horizon oil spill in the Gulf of Mexico in 2010, Semiconductor used the footage as the basis for a science fiction film. Narrated by a computerized voice, the script declares the hopelessness and despair of the situation, while the robot attempts to calmly sort the remains, systematically arranging and rearranging man-made debris. Overwhelming in its enormity, the endeavor ends… without success…

BIO Ruth Jarman (b. 1973) and Joe Gerhardt (b. 1972) started making art as Semiconductor in 1999. In their art works they explore the material nature of our world and how we experience it through the lens of science and technology, questioning how these mediate our experiences. They work in different media ranging from single and multichannel video works, sound, installations, performance and DVD releases. They are currently based in Brighton U.K. They completed a number of fellowships at The NASA Space Sciences Laboratories UC Berkeley California USA, Berwick Gymnasium Fellowship Berwick-Upon-Tweed UK and Couvent des Rollets Paris France. They have performed and exhibited in Venice Biennale, Hirshhorn Museum, Smithsonian Institution Washington DC USA, Nuit Blanche Paris, Institute of Contemporary Arts London, San Francisco Museum of Modern Art, Prague Contemporary Art Festival, Care of Gallery Milan, EMAF Osnabruck, and Beaconsfield Gallery London.