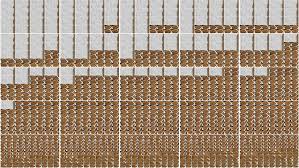 Thomas Mohr is a media artist who extensively explores mathematically and computer generated systems and processes in his work. Drawing from a digital photo archive that contains over 400.000 images of personal and historic events, his works explore the history of cinematography, information technology and the evolution of media. For each video, Mohr re-organizes the images in series and patterns that together form a visually enticing composition. His works always clearly show that every moving image is based on a series of consecutive single images.

Since 2010, Thomas Mohr has been editing his imagery to the musical compositions that composer Hanne Darboven (1941-2009) wrote. Darboven was a minimal and conceptual artist, whose work was highly informed by minimal artists such as her close friend and mentor Sol LeWitt. Darboven became well-known for her installations of large and systematically organized sheets of handwritten text and numbers, built upon a complex system of mathematical calculations, often based on dates and times, reminding of the unavoidable linear nature of time.

As a child, Hanne Darboven showed a remarkable talent for music. When she chose to pursue the visual arts instead, music continued to inform her work, and her handwritten number sequences obviously resemble musical scores. In 1980, Darboven started to translate her numerical systems into scores (the number 0 representing the D note, and so on), which lay the foundation for some fascinating sound compositions: a mixture of mathematicaland traditional German classical music.

Thomas Mohr’s Zu Hanne Darboven/Abschliessend (On Hanne Darboven/In Conclusion) is only one in a series of video works that is inspired by Darboven’s sheet music and musical compositions. Since her passing, Mohr has dedicated his life’s work to interpreting Darboven’s oeuvre by composing his visual imagery to her sound compositions, with support of the Hanne Darboven Foundation that fosters her legacy.
Abschliessend is based on 1853 pictures of a museum exhibition that displayed Darboven’s scores, sketches, studies, models, and glimpses into her home studio. The video is an interesting conceptual loop, if you will. Darboven’s visual work, which was informed by the language of musical scores, was translated into an actual musical score, performed and recorded, to now form the soundtrack of Mohr’s own visual composition, which is in turn a response to Darboven’s work. The result is an all-encompassing and almost hallucinating affair of moving images that almost seem to dance in front of you, which can be best experienced when viewed full screen with the volume up or with headphones.

More work from Thomas Mohr on his Vimeo Channel